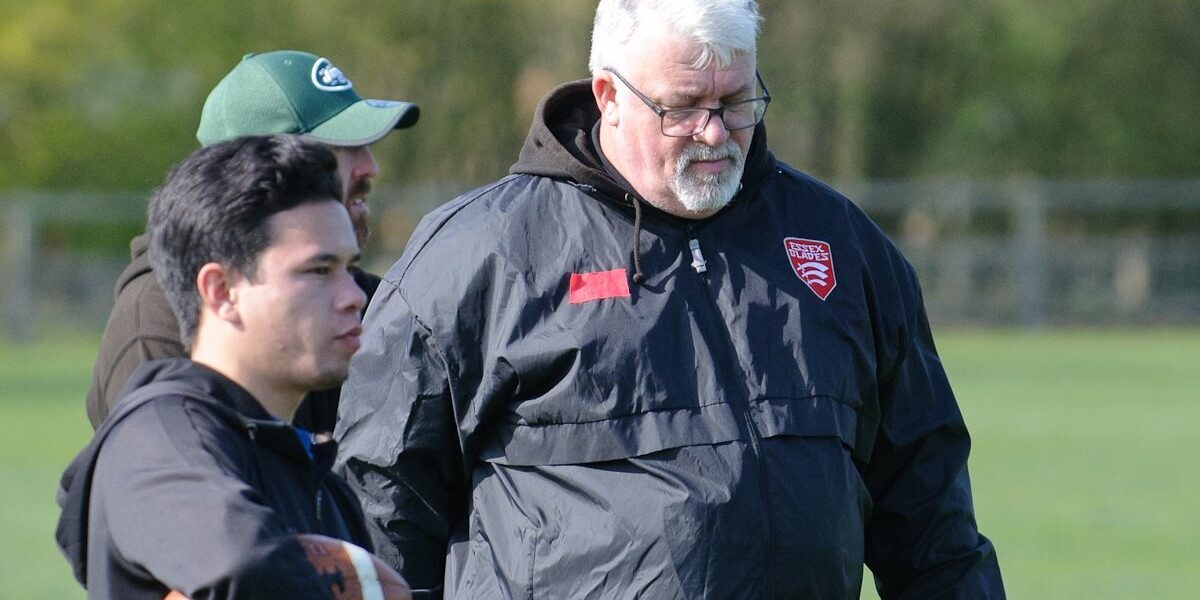 I think the first thing you need to do is have a clear idea of what your base defence will look like. Who do you have on your team? What will your philosophy be in relation to how and where on the field you play aggressively? Under what circumstances might you take a “bend, don’t break” approach? What offensive alignments and plays scare the pants off you if you are in your base look? What do you do if the opposition lines up Trips (or even Quads) or if they show you a Double-Tight End, Power I look? You need to know and hopefully, so do your players. By the way, the fastest way for a Defensive Coordinator to fall out with his HC is for him to burn second-half time outs getting his guys lined up right. Coincidentally, another great way for the DC and HC to fall out is for the defence to concede an easy score because they hadn’t lined up right against a given formation. It’s almost like you can’t win, right?

Firstly you need to decide what kind of coverage you are going to play. Man or Zone? How many DB’s are in your base look? This is important because football is ultimately a numbers game, the key number here being 11. However you build your defence, you are limited to 11 players. Your coverage will dictate your front in that should you decide that your base defence will be Cover 4 (4 DB’s) because your opponents like to spread the field with 4 WR packages, this means that you have to run a 7 man front – however you want to divide those 7 guys up into DL and LB’s, you’re stuck with 7. Run a three man secondary and you have 8 guys to keep close to the line of scrimmage but your deep pass defence is compromised.

This brings up to our first problem, there are 8 gaps – between Centre and Guard, Guard and Tackle, Tackle and TE and outside the TE (regardless of whether the TE is actually present or not) , repeated to both sides of the Centre, giving us 8 gaps, or running lanes, that the offence can exploit. But if we only have 7 guys to fill those gaps so we are losing the numbers game straight away.

There are essentially two possible answers to this, either find another defender to assume responsibility for the uncovered gap (usually a Safety) OR we can have a defender take responsibility for two gaps. Both of these have inherent disadvantages, rolling the Safety down into the area normally occupied by the Linebackers works against the run (8 players, 8 gaps, each defender is responsible for one gap and can play fast, aggressive football because there is no doubt in his mind as to what his initial job is. Defensive Linemen can attack their designated gap in the knowledge that someone else has responsibility for the next gap. If we were looking at the whole field from behind the defence, we would want to see shirts of alternating colour right across the field – if we have two shirts of the same colour side by side, someone has screwed up!  The downside is of course, we now only have 3 guys to cover the pass, not 4. If the offence is running some sort of play-action look the extra defender will need to honour the run first and may be out of the ideal position to defend the pass. Even worse, every offensive coach will tell you a version of “we just run 4 verticals against a 3 man coverage”. Assuming they have the guys to do that, one of your defenders will be trying to cover two guys streaking up the field and that’s a whole other problem.

So, our second option is for one of our 7 guys to be a “two-gapper”. If you are running with any kind of 7 man front and you or your players don’t know who the two-gap player is, your defence is structurally unsound. Depending on what you are trying to do the player with the two-gap responsibility might change from play to play but these guys are rare, even in the NFL, which is why guys like Vince Wilfork could command big money. If you have a guy like this on your team, it immediately makes your whole defence more flexible because you can run different coverages without compromising your ability to be sound against the run. There is a downside though (isn’t there always?) in that your two gap player has to be less aggressive. The player will need to be able to play a man (Offensive Lineman) rather than just get into a gap. He will need to hold his position, perhaps against a double-team block and be able to disengage from the guy trying to block him and react to whichever of his two gaps is threatened. Quick-hitting plays or plays that require a level of diagnosis, such as Zone running plays, leave him at a disadvantage. At a non-professional level, you might be able to play with a guy who is just athletically better than his opponents but at the top level you can be sure that the offence will discover who has the two gap responsibility and do their best to take advantage of that.

If we decide to have three primary pass defenders (usually two guys guarding the outside are of the field with a Safety in the middle of the field to deal with any in-breaking routes). This leaves us thin on the ground so we need the front 8 to pressure the QB and force him into quick decisions and throws. These will usually be shorter throws and at least some of our 8 guys can play coverage on the shorter routes. If we don’t get pressure and the QB has enough time (more than 3 seconds) most guys can find an open receiver. If four potential receivers have time to get deep on the three deep pass defenders the numbers swing in favour of the offence again.

Now let’s talk a bit about pass coverage. Depending on your core philosophy you will favour either man to man or zone coverage. Actually, there is a third system of “Pattern Matching” but that’s a whole different kettle of fish and is worthy of an essay of its own. Without trying to teach anybody to suck eggs, man to man is what it sounds like, with nominated defenders staying close to “their” receiver wherever they go on the field. The advantage of this is that it is relatively easy to teach and allows defenders to stay close to the receiver; the disadvantage is that teams can ruin the structure of a defence by pulling players out of position with shifts and motions and it is easier to manage physical mis-matches by shifting personnel groups around. When the Patriots lined up Rob Gronkowki as a WR it gave the defence the problem of either covering him with a much smaller DB or putting a LB or Safety out to cover him (as would be the case if he lined up in a traditional alignment) leaving the LB having to cover Gronkowski in lots of space making it easier for him to gain separation from the defender as well as taking a run defender out of the box.  Zone coverage is a little more tricky for defenders in that they are required to cover an area of the field and will play offensive players who enter their designated area (at which point it actually becomes man to man again – for a short while at least). Advantages of the zone system are that the structure of the defence is relatively secure and defenders can get a decent look at what is happening on the play rather than having to concentrate on their receiver as they do in man to man. The disadvantage is that offences will try to overload zone coverage defenders by putting several potential receivers into a relatively small area of the field so that one defender has to cover 2 or more offensive players.

Also, the zones, as designated by the defence, are purely notional and a defender can get pulled out of his area of responsibility without him realising it, leaving large gaps and leading to a big play. Equally, offensive players who get into the “seams” between the zones can gain an advantage if it is unclear which zone defender should be covering him.

Hopefully this will explain a few of the basics in terms of strengths and weaknesses of different concepts. There is no “perfect “defence, just as there is no “unstoppable” offence.  Even the ’85 Bears defence, which looked unbeatable against almost every other team, came unstuck against the quick release passing of Dan Marino. The Bears found out that it doesn’t matter how good your pass rush is if the other team have thrown the football before you get close to the QB. The chess game that is football will continue to be played at all levels and it’s one of the reasons why we love the game so much.